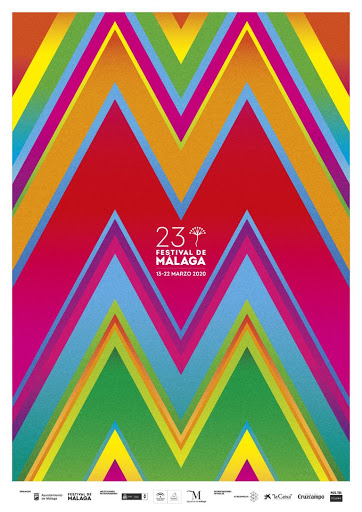 Turismo; Málaga; HotelMálaga; gastronomía
Malaga hosts a new edition of the Spanish Film Festival where the latest cinematographic works will be screened.
Those days of March, the city lives a great atmosphere with the presence of well-known actors, directors and people related to the world of cinema.
Discover the Malaga 2020 Film Festival, Del Pintor Suites & Hotels.

From March 13 to 22 you have an appointment with the Malaga 2020 Film Festival . This is its 22nd edition with which it contributes powerfully to the development of Spanish cinema presenting its best Documentaries, Short Films, etc., in addition to paying tribute to different personalities of the film industry and organizing numerous cycles, exhibitions and parallel activities. All this makes it one of the most important events in the city.
The Cervantes Theater, the Echegaray Theater or the Albéniz Cinema are some of the stages of the city where feature films, short films and documentaries will be screened. It is a cultural event that has established itself as a fundamental platform for the Spanish film industry and that every year attracts more public and receives significant media coverage.

Offering to the storm, expected end of the saga of the Trilogy of Baztán, directed by Fernando González Molina, will open the 23rd Festival of Malaga on March 13, before reaching theaters across Spain on March 27.

Málaga de Festival (MaF) is an event prior to the Malaga Spanish Film Festival that, like every year, arrives at this time. It is presented in Malaga loaded with cultural activities, a total of 150 activities distributed in different spaces and categories of performing arts, visual arts, cinema, exhibitions, literature and music.

For this edition, Málaga de Festival has designed a series of discursive axes through which the bulk of the programming will take place. These are:

Here you can see all the activities that have been scheduled for the festival.

If you come to enjoy the Malaga Film Festival, and you want an accommodation in the historic center, we propose two corners that will accompany you to live the emotions of the movies.

Our location cannot be better, since the Cervantes Theater where the red carpet is located is just around the corner from our hotel and 200 meters from our Suites.

From our hotel, we offer you selfie stick and external battery that will be great for you to take a picture with your favorite actor or actress on the red carpet. What do you think of this free service exclusively for our customers?