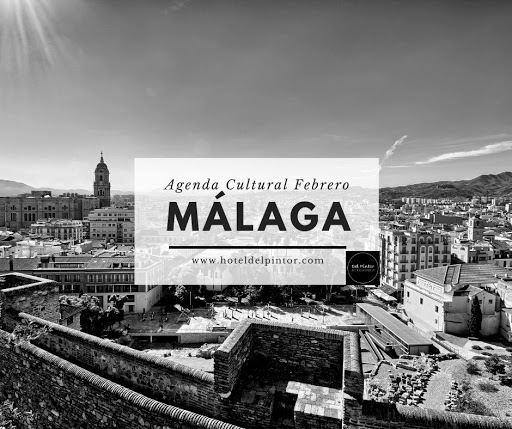 agenda; Cultura; Eventos; Exposiciones; Festival; Málaga; Museos; Turismo
Welcome to Malaga in February, where we propose a diversity of cultural plans that you cannot miss. February brings proper names in the form of events to the city. From the Theater, Carnival and Valentine, you can combine with other plans to make an ideal getaway.
Good weather, sun, fresh fish and great events so that your getaway to Malaga is complete and you don't have time to get bored, do you want inspiration?
Plan your next getaway and don't miss any of the leisure that Malaga can offer you.

Malaga Carnival - From February 21 to March 1

One of the most anticipated festivities by Malaga and visitors is the Carnival. This one begins with a “Great Parade” followed by nine days of street party, to culminate with the fireworks festival on the beach. Days before this celebration the famous “gastronomic parties” take place in each of the districts, where typical dishes, bars with popular prices and performances of the carnival groups are offered.
Vanesa Martín, from Malaga in 1980, will be responsible for giving voice to the version of the hymn created by Pascual González at the Malaga Carnival 2020.

Highlights the group competition in the Alameda Theater and Cervantes Theater, the Children's Gala, the Mayor's Gala and the Carnival in the street. Nor can you miss “la boqueroná”, a tasting of fried anchovies in the Plaza de la Constitución. Or stop attending the numerous parades, costume contests, performances of murgas, parades and quartets.
The Carnival ends on Piñata Sunday with the traditional Burial of the Boquerón. The funeral procession travels through the downtown streets to go to the beach of La Malagueta, to witness the Fireworks show.

Enjoy your favorite events in Malaga, and stay at the Hotel Del Pintor, your Boutique hotel in the center of Malaga, to enjoy the charm of Malaga throughout the year.